A MESSAGE FOR KINGDOM PIONEERS 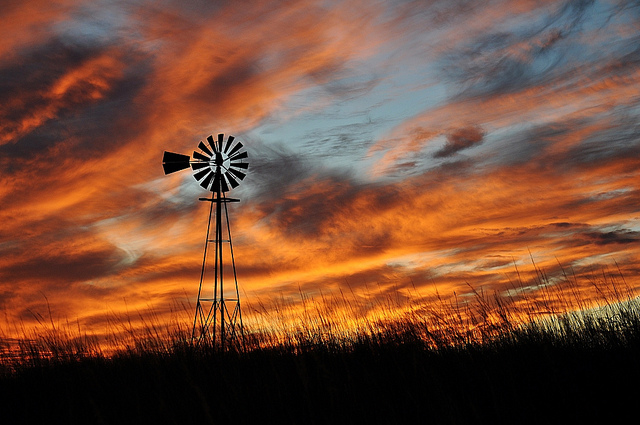 I am very thankful for those pioneers of the kingdom of God, going all the way back to Abraham, who braved the unknown and the scorn of others to press forward in their obedience to God’s call and leading. We owe everything we are and have to the spiritual and natural pioneers who faced misunderstanding and death at almost every turn to pave the way for those of us in this day to settle and enjoy the blessings and benefits both from the spiritual and natural dimensions. There are many pioneers still moving forward into realms yet unreached for no other reason than they heard the voice of Abba call them, and they’ve left all to pursue Him, out of love and simple obedience. This is a lonely, misunderstood and often dangerous place to be, fraught with spiritual, mental, emotional, financial and relational pressure and warfare that most do not or care not to know. I have a message for those pioneers that answered the call of God to press into the unknown…you are NOT a failure.

Having been on the cusp of pioneering a work hitherto unknown in the region we are planted in, I know of what I speak. Besides the warfare that comes from many in the body of Christ that think you’re crazy at best, and walking in heresy, at worst, those who are called to be pioneers face demonic warfare in the “outback” that those who have settled for comfortable Christianity have never faced…YET. That time has changed, and the invasion of demonic darkness into western culture is now rising to the levels we’ve only seen in third world countries in Asia and Africa. It is unfortunate that the indictment of Ezekiel against the leaders and prophets of his day stands as an indictment against us in the western church today. Ezekiel 13:5 (NKJV) says, You have not gone up into the gaps to build a wall for the house of Israel to stand in battle on the day of the Lord. The corporate church and the individual believer have not been prepared for battle and it’s evident by how quickly believers cave into pressure, get offended, break their word or fail to be faithful to serve the Lord and one another. Pioneers who have pressed past their own comfort to embrace the cross of Christ within, in order to prepare a way, a place and a people for His presence and His purposes are having to deal with a great sense of failure. A lot of this is because of the lack of response by God’s people to the Holy Spirit’s message and work through these pioneers. My word from the Lord, again, to those pioneers…you are NOT a failure!

Pioneers have failings but if they have obeyed and endured, they are NOT failures. Pioneers make “all” the mistakes, because they have gone into places no one else has gone, except for the Lord Himself. Pioneers are not promised they will not make mistakes, but just like Moses, God promises to “be with them.” Pioneers are called by God to follow Him, and, if they make mistakes, LEARN from them, recover, adjust and press on.

As a pioneer, have you ever gone into a boxed canyon? You might have thought, “What have I done? How did I miss God? If I were only more (fill in the blank), this would not have happened.” You have not failed. Repent for any self-pity, come out of the boxed canyon and place a sign there that says, “Boxed canyon…don’t go in there!” You’re seeming failure becomes a path that succeeding generations and followers will not have to take. Having failings does not make us a failure. If we learn from them, it makes us wise, vulnerable and ever more sensitive to the leadings and voice of the Holy Spirit.

Recently I was dealing with this very same question of appearing to be a failure because the success of the ministry seemed in great doubt. While out prayer walking and seeking the Lord, He asked me a question: Was Abraham a failure? Remember Elijah, son! That’s all He said to me, but every failing I have experienced and every burden I’d been under was instantly lifted off my heart. I have had many failings, both personal and ministerial, but the Lord was letting me know that I was not a failure in His eyes because I kept moving forward in obedience to Him.

Both Abraham and Elijah obeyed the Lord and launched out as pioneers into unexplored territory filled with incredible demonic activity. They simply obeyed in love, not knowing what to expect but knowing who called them and they were convinced He was faithful to keep them. Both men had personal struggles and failures. I would say that Ishmael is a pretty big failure that we’re still reaping the consequences of today! But, in spite of Abraham’s failings, he was not a failure in God’s sight. Both Abraham and Elijah received God’s “stamp” of approval for their faith and obedience.

Like Abraham, there are many daring to tread into uncharted wilderness territory where nobody has gone before. “Abe” was told to leave his family, who were idolaters who practiced child sacrifice. He had to leave the familiar to engage God’s presence and promises. He had to find the fatherhood of God, and be trained in His ways, so he, in turn, could become the father of many nations the Lord had promised (not to mention, the salvation of the whole human race through the child of promise – Jesus – who would come forth!). There were no fathers on the earth at that time who were examples of the Father in heaven! None. Abraham was not only being called to go to a land Abba would eventually give to a covenant people, but to bring a transformation to human fatherhood by revealing His own Fatherhood, in type, through Abraham. Abraham was a pioneer, not just of a land and a people, but of bringing the Fatherhood of God back to the human race, so He could be known and experienced as Abba. Abraham had many failings, but he was not a failure!

To all those pioneers who have answered God’s call to uncharted spiritual or other territory: you may failed in certain ways or certain things, but you are not a failure!