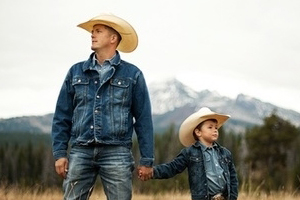 God never intended for man to spend his life in search of his identity or purpose. In the book of Genesis, God declares man’s identity and purpose as he introduces mankind to the universe. Genesis 1:26-28 says:

The Father, Son and Holy Spirit united in special counsel and effort to produce creation’s masterpiece. All previous creation is the effect of God’s spoken word, but man is represented as a work of His hand and His breath. Man resembles God in all respects without being equal to Him (Is. 40:25). In God’s image and likeness man was created to take dominion over God’s creation. At creation, man was wise in his mind, holy in his heart and righteous in his actions. Paul confirms this in Ephesians 4:24, “…put on the new man which was created according to God in true righteousness and holiness,” and Colossians 3:10 “…put on the new man who is renewed in knowledge according to the image of Him who created him.” As man aligns with the character of the Lord Jesus, the new man becomes a picture of God’s original creation.

Man’s being made in the likeness to God is what distinguishes him from the balance of creation. It is also what qualifies man for his purpose to govern. At the time of creation, God gave two mandates to man: He is to subdue the earth and have dominion over the animals. In Strong’s Concordance, the word “subdue” is translated from the Hebrew 3533 kabash (kaw-bash’), a primitive root to tread down; hence, negatively, to disregard; positively to conquer, subjugate, violate; KJV bring into bondage, force, keep under, subdue, bring into subjection. Strong’s defines dominion as: 7287 radah (raw-daw’) A primitive root; to tread down, that is, subjugate; specifically to crumble off: – (come to, make to) have dominion, prevail against, reign, (bear, make to) rule (over), take.

Man was made to rule and reign over the earth bringing the earth into subjection to God’s order. Man’s identity and purpose have never changed. At creation, God gave man free will. With free will, man gained the capacity to voluntarily choose to obey, to relate to and love God. Ponder for a moment what it must have been like for Adam to walk in the cool of the day amidst the glory of God, having intimate communion with his Creator.  He freely and guiltlessly related to the Creator. There were no veils; God did not withhold Himself from man. There was perfect communion between God and man.

Man unfortunately chose to exercise his free will to reject God and His rule. With the fall of man resulting from Adam’s choice, both man’s identity and purpose were damaged. In his fall, man relinquished his relationship with the Father, thus losing the ability to experience and partake of His glory and His presence. Man could no longer freely participate in unbroken communion with His Creator. This was his (and his Creator’s!) greatest loss, but there were other consequences.

With the fall, man also relinquished his authority to exercise dominion over the earth. Adam lost his right to judge as God’s representative. God ultimately intended for mankind to righteously judge the enemy, on His behalf, on this earth. The fall testified that man’s ability to judge had become impaired. Man’s mind was no longer wise.  His heart was not holy, and his actions were not righteous. Adam, when he believed the devil, became a self-seeker. He wanted to be like God and rule his own universe. He wanted to rule his own life. He wanted to be in charge.

As he exercised his free will, Adam made an unrighteous choice and aligned himself with the enemy rather than God. God is righteous and unrighteousness cannot exist in His presence. So, God had no choice but to judge this action. Adam now encounters a taste of the severity of God as he, the first woman and the devil are judged by the Lord. Adam became painfully aware of the consequences of an unrighteous choice. With the gift of free will comes enormous responsibility to align oneself with the light and not darkness.

Instead of man being the active agent of God’s justice, man became the recipient of God’s justice. Adam, and all of humanity through him, pays the price forever, and all face this same choice: Whom will you serve? Will we choose wisely, to remain loyal to Him and to extend and expand His kingdom through obedience on behalf of the King of kings, or will we serve the god of this world and build our own kingdom to achieve temporal glory and gains that have no eternal value.

At the moment of the fall, everything shifted. In His righteousness, God could have justly left man in his fallen state. Man chose to walk away from all God offered. From that time, the Godhead began a unified work to fully restore man to his original identity and purpose. Just as each of the Godhead participated in man’s design, each plays an integral role in man’s restoration.

In His love, God sent His Son to reconcile man to the Father and to regain all that was lost in the Garden. The Son, now seated at the right hand of the Father, intercedes continually for His bride, while the Father makes the Son’s enemies His footstool. The Father and the Son have sent the Holy Spirit to quicken, empower and guide man into all truth. It is the promise of the Godhead to restore man to the fullness of his original identity and purpose, which is now our full inheritance in Christ. However man must choose correctly to obtain God’s promises.

The Father longs for the return of His family, the Son longs to wed His bride and the Holy Spirit longs to inhabit His temple. The Godhead will fulfill the longings of their heart for mankind’s return, and, unfortunately, at times, the only way to awaken His people is through the release of His remedial judgments (more about this in chapter 4).

All of God’s judgments are designed to restore man to his original purpose. Before God can entrust man with His power to restore righteousness and justice to the earth, He must first transform the character of man to be like His, righteous and just. God designed man’s restoration as a progressive work of revelation. From the moment Adam and Eve were barred from the Garden, God began the process of the revelation of Himself and His purposes to mankind.

Every time God reveals an aspect of Himself, man has a new opportunity to respond and become more like Him. If man chooses righteously, he transforms through the power of the Spirit and becomes more Christ-like. If man makes unrighteous choices, his heart is hardened and he moves further from His image and presence.

Throughout Scripture, we see glimpses of this progressive work through time. In the midst of witnessing the impending judgment of the most wicked cities of his time, Abraham exhibits a new understanding as he demonstrates how well he has come to know the nature of his God. In Abraham, we begin to see an intimate new portrait of the relationship God desires to forge with man.