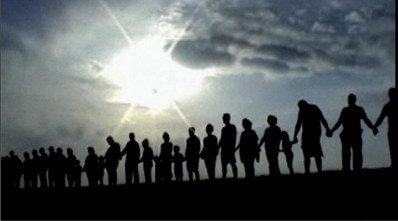 “Righteousness and justice are the foundation of Your throne; mercy and truth go before Your face. Blessed are the people who know the joyful sound! They walk, O LORD, in the light of Your countenance.”

Scriptures: Psalm 89:14-15: “Righteousness and justice are the foundation of Your throne; mercy and truth go before Your face. Blessed are the people who know the joyful sound! They walk, O LORD, in the light of Your countenance.”

Isaiah 59:4-16: “No one calls for justice, nor does any plead for truth. They trust in empty words and speak lies; they conceive evil and bring forth iniquity. They hatch vipers’ eggs and weave the spider’s web; he who eats of their eggs dies, and from that which is crushed a viper breaks out. Their webs will not become garments, nor will they cover themselves with their works; their works are works of iniquity, and the act of violence is in their hands. Their feet run to evil, and they make haste to shed innocent blood; their thoughts are thoughts of iniquity; wasting and destruction are in their paths. The way of peace they have not known, and there is no justice in their ways; they have made themselves crooked paths; whoever takes that way shall not know peace. Therefore justice is far from us, nor does righteousness overtake us; we look for light, but there is darkness! For brightness, but we walk in blackness! We grope for the wall like the blind, and we grope as if we had no eyes; we stumble at noonday as at twilight; we are as dead men in desolate places. We all growl like bears, and moan sadly like doves; we look for justice, but there is none; for salvation, but it is far from us. For our transgressions are multiplied before You, and our sins testify against us; for our transgressions are with us, and as for our iniquities, we know them: In transgressing and lying against the LORD, and departing from our God, speaking oppression and revolt, conceiving and uttering from the heart words of falsehood. Justice is turned back, and righteousness stands afar off; for truth is fallen in the street, and equity cannot enter. So truth fails, and he who departs from evil makes himself a prey. Then the LORD saw it, and it displeased Him that there was no justice. He saw that there was no man, and wondered that there was no intercessor; therefore His own arm brought salvation for Him; and His own righteousness, it sustained Him.”

Luke 18:7-8 (ESV): “And will not God give justice to his elect, who cry out day and night? Will He delay long over them? I tell you, He will give justice to them speedily. Nevertheless, when the Son of Man comes, will He find faith on earth?”

YOU CAN FIND A PDF VERSION OF THIS DOCUMENT BY CLICKING HERE.