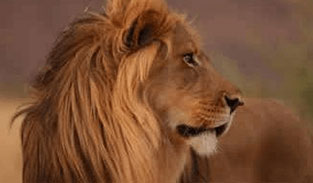 2 Chron. 7:13-14: “When I shut up the heavens and there is no rain, or command the locusts to devour the land, or send pestilence among My people, if My people who are called by My name will humble themselves, and pray and seek My face, and turn from their wicked ways, then I will hear from heaven, and will forgive their sin and heal their land.”

Joel 2:12-20: “‘Now, therefore,’ says the Lord, ‘Turn to Me with all your heart, with fasting, with weeping, and with mourning. So rend your heart, and not your garments; return to the Lord your God, for He is gracious and merciful, slow to anger, and of great kindness; and He relents from doing harm. Who knows if He will turn and relent, and leave a blessing behind Him—a grain offering and a drink offering for the Lord your God?’ Blow the trumpet in Zion, consecrate a fast, call a sacred assembly; gather the people, sanctify the congregation, assemble the elders, gather the children and nursing babes; let the bridegroom go out from his chamber, and the bride from her dressing room. Let the priests, who minister to the Lord, weep between the porch and the altar; let them say, ‘Spare Your people, O Lord, and do not give Your heritage to reproach, that the nations should rule over them.’ Why should they say among the peoples, ‘Where is their God?’ Then the Lord will be zealous for His land, and pity His people. The Lord will answer and say to His people, ‘Behold, I will send you grain and new wine and oil, and you will be satisfied by them; I will no longer make you a reproach among the nations. But I will remove far from you the northern army, and will drive him away into a barren and desolate land, with his face toward the eastern sea and his back toward the western sea; his stench will come up, and his foul odor will rise, because he has done monstrous things.’”

1 Cor. 5:6-8: “…your glorying is not good. Do you not know that a little leaven leavens the whole lump? Therefore purge out the old leaven, that you may be a new lump, since you truly are unleavened. For indeed Christ, our Passover, was sacrificed for us. Therefore let us keep the feast, not with old leaven, nor with the leaven of malice and wickedness, but with the unleavened bread of sincerity and truth.”

There are five “leavens” mentioned in the New Testament:

There are four things mentioned in scripture that defile the land, causing the presence of the Lord to withdraw and gives the enemy the right to control and afflict:

Other Prayer Points After Confession: