THE DELAYED, COMING MOVE OF GOD 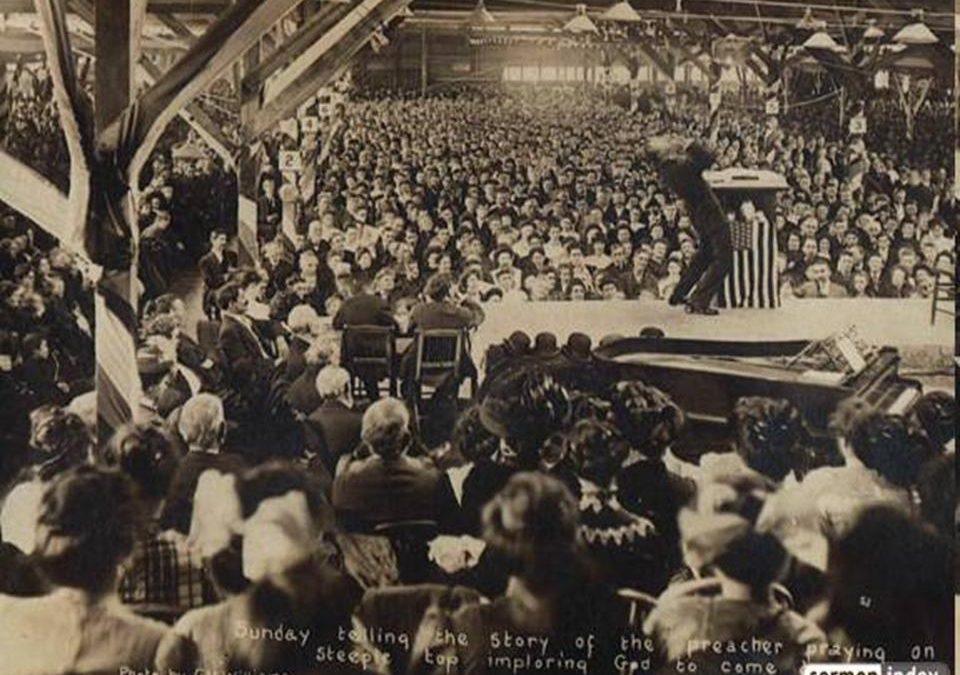 Revival/reformation is imminent. Most believers with their hearts and spirits attuned to the spiritual atmosphere can feel it…can sense it. It has been prophesied, both in scripture (Acts 3:19-21) and by the prophets and seers of our day. I have heard these prophecies for decades now, and I have experienced the power of God, personally and corporately, to know that what is coming will be a compilation of every move of God in the past, but bringing forth the fullness of God in the earth, prior to His return. Many have experienced the same power and glory over the last 30 to 40 years. The question that has been plaguing most of us these last years is “when will these things be?”

The Lord has directly told me that He is not going to release this end-time glory and power until there is a PREPARED body/people that can handle it with maturity of character. When I had an experience of walking in the “fullness of God” (see Eph. 3:19) back in 1983, as the power and glory I walked in for almost two weeks began to fade, the Lord told me that only a many-membered body would be able to carry this “Spirit without measure”, and that only those He had dealt with to the uttermost in their character would be able to stand. The greatest failings of the past several decades when there have been outpourings have not been from without, but from within the body of Christ. Anointings and mantles have been passed onto vessels that were not ready for the acclaim, notoriety and praise that came to them. Back around 2008, it’s almost like the Lord turned off the spigot! We went into a time of the Holy Spirit dealing with the hidden sins, flaws and openings that the enemy has had access to in the lives of His leaders and people. That season of intense discipline is now coming to a close, but I see there are many things He must still deal with until fullness can be released. BUT…with our awakening and cooperation, we can “hasten the day” (2 Pet. 3:11-12).

As an example of this, I quote from David Matthews’ book, “I Saw the Welsh Revival”, where he is commenting on how flocks of people came to almost venerate Evan Roberts, instead of the Lord:

“What drew one to Evan Roberts, perhaps more than any other thing, was the unfeigned humility manifested in all his actions. How long would he last, surrounded as he was by such praise and attention? Ministers from the British Isles and the continent of Europe followed him. Eminent Bible teachers, well-known pastors from Russia and Germany, and world-known evangelists came to ‘see the fire’…They hoped they would receive a baptism of power that would send them back to their drab spheres with new buoyancy…Some would even have ‘touched the hem of his garment’ as if expecting virtue therefrom for bodily healing and for spiritual blessing. It was a ‘terrible’ eminence to have reached – giddy height enough to overthrow an angel! When a human being reaches a place where there is a danger of being worshiped, then it is time to ‘call a halt’.” (From “I Saw the Welsh Revival”, pp. 99-100, David Matthews).

There will be chosen “vessels” – spiritual fathers and mothers who have allowed the power of an in-wrought cross to work death to self and the world in them, in whom He will release His glory and power through. But they will NOT take the glory to themselves, but realize that it is through a corporate, unknown BODY that His fullness and glory will manifest. When a movement, outpouring, etc, gets attached to one vessel, and if that one vessel does not train and disciple others to carry the government/authority of the Lord in His, PLURAL – “shoulders”, or if the corporate body does not allow the same process of the cross to be worked in them to share the glory, then catastrophe is coming. This has been the history of revival and the body of Messiah. No longer!

I know this from personal experience. Our ministry was raised up to bring forth a TRAINED, covenant people, who intimately know the Lord, who are trained to intercede and prevail in spiritual battle, and who will allow the Lord to establish His will and purposes in our region or wherever He would send us. (That calling has now crystallized in the Tabernacle of David/Hub of Eight vision). We have seen incredible things take place over the last 22 years in intercessory prayer meetings, corporate meetings, conferences, etc, but after all these years of trying to establish a prophetic-apostolic beachhead here, it’s only a handful of folks who have pressed through to a place of now being able to handle the attack of the enemy, manifesting in the “praise of men”. All of the healings, miracles, angelic encounters, outpourings, lives that have been touched, miracles that have happened, etc, we have yet to see this promised, end-time glory. There are now little “gracelets” of all of these being restored, but fullness is yet to come. When people came to our ministry or meetings because of the anointing, the revelation, the miracles, etc, instead of HEARING the call of the Lord to a deeper embracing of the cross to their ambitions, selfishness, traditions, ad nauseum, they heard not, meaning they did not repent and make the necessary change in their thinking and lifestyles. My own weaknesses and wrong responses that the Lord was dealing with (as He was dealing with everyone else’s), began to be apparent, and magnified by the accuser of the brethren, and the wrong response of everyone involved (false expectations, WRONG expectations, failing to heed the word and let the Spirit deal with THEM and wanting everyone else to change – [I’m sure no other leader in the body besides me has experienced this!]), the Lord, in His great mercy and wisdom, stopped everything until He could find a corporate people who would allow the Lord to deal with everyone, including leaders. I’m writing this with one specific purpose in mind – to urge, warn and exhort all of the leaders in the body of Christ to “stay low”…stay humble, speak the truth in love, and never allow anyone to exalt them (or their ministries), and make them more than they are. We must constantly make the Lord Jesus the center, AND rebuke anyone, who in anyway, tries to make MAN the focus and/or center of the movement of the Spirit. It will mean a death-knell to the revival that He desires for us and our areas.

I have been a part of ministries in the past that actually got to the place where they believed the Lord COULD NOT move without them! Sure enough, that kind of pride and arrogance meant catastrophe was coming…and it did. When leaders do not meet false expectations in people, when people begin to see the weaknesses and struggles of leaders, if they both do not respond correctly to the work of the Spirit in BOTH, then that becomes the nexus of where a movement lives or dies. It does not matter how hungry, thirsty or desperate one is for His presence, revival, etc. Everything the Lord does is based on TWO things: 1), His authority, and 2), covenant. One does not, no, CANNOT flow and be sustained without the other. The body of Christ in western culture knows little or nothing of true covenant, but there are some that are now allowing the Spirit to deal with them and their ministries to bring forth this wineskin that will be able to hold this last days wine, that will be better than anything that has been before (John 2:10).

Biographers of the Welsh Revival and Evan Roberts make no qualms about talking about his weaknesses, mistakes and problems while the revival was happening. I personally believe he should have taken time off during the weeks of the revival for rest and re-alignment. Revival won’t stop if we don’t have a meeting! But, we live and learn from the past. Maybe Evan was right in leaving the revival when he did. Maybe he saw the move of God was being more attached to himself that to the Lord. After he left, the move of God continued, but began to slowly subside. Why? Was it because the PEOPLE, psychologically, attached the revival to him instead of the Lord? We know that not all of the people did this, but the biographies allude to the fact that most of the people did. It is a very subtle, satanic operation that comes, preying upon pride and fallen human nature. Maybe this is why, even during such powerful outpourings and displays of Abba’s power and glory, the Lord Jesus hid Himself, when the people wanted to exalt Him to a place that the Father had not yet ordained (John 6:15).

The greatest revival, reformation and move of God is yet to come, and we are now in the beginning stages of it. The moves of the past failed or stopped, not because of some motive within the Godhead, but because of the wrong response or expectation of the people, or failure of the leaders and people to allow the Spirit to change the wineskin to contain the outpouring. When the Lord begins to manifest this end-time grace, it’s time to “get low”, “stay low”, not become self-promoting, and NOT to allow the response or expectation of the people to be attached to anyone or anything except the glory of the Lord, Himself.