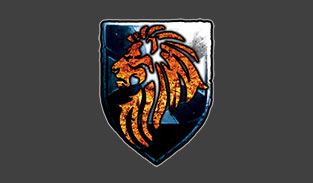 Then the angel said to her, “Do not be afraid, Mary, for you have found favor with God. And behold, you will conceive in your womb and bring forth a Son, and shall call His name Jesus. He will be great, and will be called the Son of the Highest; and the Lord God will give Him the throne of His father David. And He will reign over the house of Jacob forever, and of His kingdom there will be no end” (Luke 1:30-33).

The Lord Jesus reigns supreme and is the rightful heir of the throne of David: of His kingdom and government there shall be no end. Every covenantal promise ever given, in any age or dispensation, finds its ultimate fulfillment in Him. (Eph. 1:10; Heb. 1:2.) He is the promised Seed given to Abraham. (Gal. 3:16.) He is the “heir of all things.” (4:13; Heb. 1:2.) But it is also told that He will have a joint-heir, a “seed,” or children of His own.

The Spirit Himself bears witness with our spirit that we are children of God, and if children, then heirs– heirs of God and joint heirs with Christ, if indeed we suffer with Him, that we may also be glorified together. For I consider that the sufferings of this present time are not worthy to be compared with the glory which shall be revealed in us (Romans 8:16-18).

Here am I and the children whom the LORD has given me! We are for signs and wonders in Israel from the LORD of hosts, who dwells in Mount Zion (Isaiah 8:18).

Then He who sat on the throne said, “Behold, I make all things new.” And He said to me, “Write, for these words are true and faithful.” And He said to me, “It is done! I am the Alpha and the Omega, the Beginning and the End. I will give of the fountain of the water of life freely to him who thirsts. He who overcomes shall inherit all things, and I will be his God and he shall be My son” (Rev. 21:5-7).

There is a transgenerational people who will bear the image and likeness of Christ in fullness unlike any preceding generation. There have been many individuals who have entered into this realm of inheritance, about whom we have read in their biographies: the apostle Paul, the early desert fathers, Celtic saints, missionaries on foreign mission fields, and men and women like John G. Lake, Maria Woodworth Etter, Smith Wigglesworth, and Rees Howells. These saints all entered into a realm of relationship and power that most of the church has yet to experience. But scripture promises there will be a final generation, fully mature like the Lord Jesus, who will walk in the same dimension of intimacy and power we see in the prototypes from past generations. Where is this missing generation?

I studied math and science all through my educational years. I was pre-med in college and I had a triple major in chemistry, biology and psychology. Mathematics, being a foundational discipline for all other branches of science and philosophy, is required study for any understanding of the world of science. Knowing a little about mathematics, when I read the above scripture, I found a problem. The counting of the generations does not add up correctly.

One of the primary reasons for recording genealogies in scripture is to mark the correct generational procession to the Messiah, as well as to keep records of those who passed the test of genealogical purity in order to be able to minister. The blessing and inheritance of ministry was always passed generationally and it was important to keep proper records. But Matthew seems to have a problem with his math. Using correct mathematics, counting the generations from Abraham to David, we find fourteen generations. The number fourteen symbolizes many things in scripture. It symbolizes “double-portion” inheritance, because fourteen is the number seven twice. Seven is the perfect number, or the number of maturity or completion in scripture. Double sevens means a double portion. Passover was kept on the fourteenth day of the first month of the year, therefore fourteen symbolizes redemption and new beginnings. Fourteen also means something has been fully accomplished, and a new dimension or era in God’s timing is beginning. From King David until the Jews being carried away into Babylonian captivity is another fourteen generations, or 28 total generations from Abraham. Counting down, from the Babylonian captivity until the generation of Joseph and Mary there are 40 generations. The birth of the Lord Jesus initiated the 41st generation. Matt. 1:17 says that there should be one more generation associated with the birth of the Lord Jesus…the 42nd generation, or fourteen generations times three, from Abraham. If Jesus’ birth was the 41st generation, where is the 42nd generation?

Psalm 24:3-6 alludes to the fact that the final end-time generation that will behold the King of glory coming, is called the “Jacob generation,” as previously discussed in the first chapter. This generation will fully submit themselves to the Lord in intimacy and obedience and will come into full maturity as “sons” in the image and likeness of Christ. They will share not only His image in character, but also His authority in carrying out the original commission (Gen. 1:26) to subdue the earth and take dominion, as the Lord Himself did during His earthly ministry. The “missing” 42nd generation is this final generation that will bear His image and likeness, being sons and daughters of the same heavenly Father. Note the following passages of scripture that specifically refer to a generation that will be born to the suffering Messiah:

He was taken from prison and from judgment, and who will declare His generation? For He was cut off from the land of the living; for the transgressions of My people He was stricken. And they made His grave with the wicked– but with the rich at His death, because He had done no violence, nor was any deceit in His mouth. Yet it pleased the LORD to bruise Him; he has put Him to grief. When You make His soul an offering for sin, he shall see His seed, He shall prolong His days, and the pleasure of the LORD shall prosper in His hand (Isaiah 53:8-10).

Who is this “posterity,” this “seed?” The sons and daughters born in the image and likeness of Christ, are the end-time “Jacob” generation that will share His rule and reign. They experience the fullness of His inheritance in them. (Eph. 1:18.) This is the 42nd generation.

The scripture says that this final, end-time generation will rebuild the fallen waste places of Zion, and all the nations will respond to the glory and power of the Lord that they witness in this final generation:

The Spirit of the Lord GOD is upon Me, because the LORD has anointed Me to preach good tidings to the poor; he has sent Me to heal the brokenhearted, to proclaim liberty to the captives, and the opening of the prison to those who are bound; to proclaim the acceptable year of the LORD, and the day of vengeance of our God; to comfort all who mourn, to console those who mourn in Zion, to give them beauty for ashes, the oil of joy for mourning, the garment of praise for the spirit of heaviness; that they may be called trees of righteousness, the planting of the LORD, that He may be glorified. And they shall rebuild the old ruins, they shall raise up the former desolations, and they shall repair the ruined cities, the desolations of many generations. Strangers shall stand and feed your flocks, and the sons of the foreigner shall be your plowmen and your vinedressers. But you shall be named the priests of the LORD, they shall call you the servants of our God. You shall eat the riches of the Gentiles, and in their glory you shall boast. Instead of your shame you shall have double honor, and instead of confusion they shall rejoice in their portion. Therefore in their land they shall possess double; everlasting joy shall be theirs. For I, the LORD, love justice; I hate robbery for burnt offering; I will direct their work in truth, and will make with them an everlasting covenant. Their descendants shall be known among the Gentiles, and their offspring among the people. All who see them shall acknowledge them, that they are the posterity whom the LORD has blessed (Isaiah 61:1-9).

The first portion of this scripture is what the Lord Jesus read upon the initiation of His ministry in Nazareth. (Luke 4:18.) But we go on to see that those who are the recipients of His redemptive, delivering work will be the ones used by Him to transform the desolations caused by sin and the powers of darkness. When the world beholds them, it will know beyond any doubt that it is the Lord Himself who is behind the entire work. The scripture says in Acts 3:19-21 that the Lord will not return until all that was prophesied by the prophets is restored. The Father Himself also says to the Son “Sit at My right hand, till I make Your enemies Your footstool” (Psalm 110:1; Heb. 1:13). If the Father rests on the throne, and the Son sits at His right hand carrying out His work as our great interceding High Priest, then who is left to subdue the enemy? Yep…us weak, broken and messed up sons and daughters are the ones He has chosen to open the gates for His return. (Psalm 24:7-10.) This absolutely impossible task cannot be accomplished through the power and reasonings of men and their theological frameworks. But there will be a demonstration of the Spirit and power of God (1 Cor. 2:1-4) that will transform the weak and struggling body of Christ into a last days army. The work will be by the Spirit (Zech. 4:6) and all glory will be given to God alone.