THE UNVEILING OF JESUS AS JUDGE – PART 2 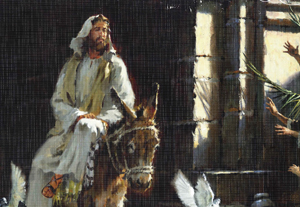 We are a Bride Awaiting Our Bridegroom

Jesus is returning for a bride that is without spot or wrinkle. We know that Jesus must have a bride that bears His image. The bride, who is the church, must make herself ready (Rev. 19:7-8). If we examine the betrothal process of the Hebrew culture, we can begin to understand how to embrace the intimate relationship the Lord desires.

It was customary for a Hebrew young man to prepare a Ketubah, a marriage contract (a covenant), which he presented to his intended bride and her father. Included in this covenant was the Bride Price, an appropriate gesture in Jewish society meant to compensate the young woman’s parents for the cost of raising her. In addition, and more importantly, the payment was considered an expression of the man’s love for his intended bride. This betrothal covenant was legally binding once the bride and her family accepted the terms of his Ketubah.

The wedding proposal began when the young man visited the young woman and her family in her home, and poured a cup of wine for his beloved in the presence of all. He then watched to see if she drank from his cup. If she drank, the covenant was accepted and they were betrothed. The young man then would give gifts to his beloved and then take his leave, announcing, “I am going to prepare a place for you, and I will return for you when it is ready.”

The young man then returned to his father’s house to build a room for he and the new bride there. (If they were wealthy, he would build an entirely new home, but on his father’s property). He was not allowed to skimp on the work and he had to receive his father’s approval before the work could be considered ready for his bride. When asked the date of his wedding, he would reply, “Only my father knows.”

As the bride awaited his return, she did what was necessary to make herself ready. Because she did not know the day or the hour he would come, she kept a lamp, lamp oil, her veil and other things she would need, at her bedside. Her bridesmaids were also waiting and had to have oil ready for their lamps. When the wedding chamber was complete, the bridegroom came to collect his bride. As the groom, accompanied by his friends, approached her home, they gave a shout and blew a shofar. Hearing the sound, she immediately arose to meet him and be taken to their honeymoon suite.

When the wedding party arrived at father’s house, the newlyweds went into the wedding chamber for a seven-day honeymoon/feast. The groom’s best friend stood outside awaiting the groom to tell him the marriage had been consummated. The proof of this was the bed-sheet bearing the blood shed by the bride as a result of her first sexual intercourse. This speaks of the purity before marriage; it also shows a blood covenant, a solemn, binding contract like that of God and His covenant people. The friends of the bridegroom/wedding party celebrated for the seven days as the couple honeymooned. When the couple emerged, as one, new unit the Marriage Supper began.

The spiritual implication of this tradition speaks many profound truths about the relationship between Jesus and His bride. All of these events bear witness of how Jesus fulfills His covenant with His bride.

We know that Jesus has kept perfect covenant with us. This Bridegroom has demonstrated His love to the bride. He’s poured out His love and continues to pour out His love on a bride that He loves more than we can ever know. It will take eternity to fathom the height, the depth, the breadth, and the length of the love of God in Christ.

How is the bride preparing? Are we making ourselves ready for our Bridegroom? In Matthew 25, Jesus tells the parable of the wise and foolish virgins. Here is a glimpse of the preparation the bride must undergo.

It says that at midnight a cry was made, “Behold, the bridegroom is coming; go out to meet him!” All the virgins arose and trimmed their lamps. In scripture, a virgin is someone who is pure – washed from their sins. Spiritually this means that all ten of the virgins are born of God. We also know that all ten hear the Lord because they all responded and began to prepare for His coming. So what separates the wise from the foolish here?

The wise virgins had oil, not only in their lamps, but also in their vessels. These “vessels” were small bottles that were clipped on to a belt of an undergarment. The vessel was hidden beneath the outer garments. The foolish virgins did not prepare these intimate vessels as the wise virgins did to keep extra oil (the oil of intimacy) to refill their lamps and keep them burning. The oil represents the continual supply of the Holy Spirit’s grace and power through our secret life with the Lord; our relationship with the Lord which is unique, personal, and hidden. The wise virgins represent those who burn to know Him in a deeper way. They don’t live to “get by” just doing what is necessary to secure a reward. These are passionate lovers who yearn just for Him. Time spent with Him is as vital to sustaining life as the air that is breathed. The wise virgins represents a bride who continually lives to hear the call, “The Bridegroom is coming.” She is a perfect portrait of what preparation and readiness is all about. She has felt the wooing of the Lord. She knows His voice and she unreservedly responds to His call.

The foolish virgins have not cultivated this kind of intimate relationship. They have trusted in Jesus as Savior but the relationship in the secret place has not deepened or matured. The foolish virgins did not have the oil of intimacy. They didn’t have it in their vessels. They had oil in the lamps, which represent outer, overt gifting, ministry and demonstration. It is to our detriment that we choose ministry over intimacy! All ministry should flow from the secret place of continual love, submission and desire or the Person of Christ becomes a means to an end in ministry to people.

When the foolish virgins arrived late, they said, “Lord, open up to us. Why are we left behind? Why can’t we enter in? Jesus responds, “I don’t know you.” The Greek word for “know” in this passage is gonosko. It is an intimate knowledge of someone or something. He is saying, “I have no intimate relationship with you.” They are going to heaven: they are virgins which means they are set apart, but they do not have an imitate relationship with Him; they have not surrendered the SELF. This is the unfortunate reality for many church leaders and members.

He is wooing us. He is drawing His people to Himself and the bride is coming out to meet Him. That is the true bride! How intimate are you with the Lord? How well do you know Him? Will you be counted among the wise virgins or will He say, “I do not know you?” It will be the intimate relationship that will preserve us in the darkest days that loom ahead. We will not have the strength to fight the battles without the oil of intimacy. We must fight from the power that comes from our deepest love for Him. The force and power of His love will preserve us and sustain us in the hardest of times. There is nothing stronger than the power of His love.

Those truly intimate with Him, know Him as Savior, but also understand Him as Bridegroom, King and Judge. Now, our hearts once distant are calling out to our eternal Bridegroom. Jesus is awakening our hearts to embrace Him as the lover of our souls. As we come to know Him as Husband and not only Master, our Master becomes our Lover.

It is imperative that we know Him as Bridegroom and King. Without this foundation in our lives, when He arises as the Judge of the Earth, many will be offended and fall away. Just as His glorious beauty is seen as our Lover and King, so much more so is His beauty reflected as Judge. This is the Warrior who moves throughout the earth to remove everything within and without that hinders His love and our relationship and partnership with Him. (To be continued….).