THE WRATH OF GOD, PART 2 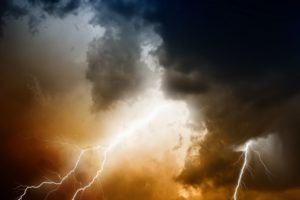 Punitive Judgment and Then Wrath

The Lamb will release punitive judgment out upon the earth and its inhabitants in one last, merciful attempt to drive people back to Himself in repentance, and save them from eternal damnation. But it will only serve to prove His justice and judgment righteous and true as the reaction comes:

Then the sixth angel sounded: And I heard a voice from the four horns of the golden altar which is before God, saying to the sixth angel who had the trumpet, “Release the four angels who are bound at the great river Euphrates.” So the four angels, who had been prepared for the hour and day and month and year, were released to kill a third of mankind. Now the number of the army of the horsemen was two hundred million; I heard the number of them. And thus I saw the horses in the vision: those who sat on them had breastplates of fiery red, hyacinth blue, and sulfur yellow; and the heads of the horses were like the heads of lions; and out of their mouths came fire, smoke, and brimstone. By these three plagues a third of mankind was killed– by the fire and the smoke and the brimstone which came out of their mouths. For their power is in their mouth and in their tails; for their tails are like serpents, having heads; and with them they do harm. But the rest of mankind, who were not killed by these plagues, did not repent of the works of their hands, that they should not worship demons, and idols of gold, silver, brass, stone, and wood, which can neither see nor hear nor walk. And they did not repent of their murders or their sorceries or their sexual immorality or their thefts. (Rev. 9:13-21)

The remedial judgments of the Lord come into the life of a saint to TRAIN us in order that He might share His rule and authority with us. The remedial judgments of the Lord come into the lives of unbelievers who have refused or rejected His love, mercy and kindness in order to awaken them to their state and fate. When these are rejected, in His incredible mercy, He releases stronger forms of His judgments as all-out attempts to awaken the hearts of the lost to their “lostness” and doom. When these are finally rejected, there comes judgment, with no mercy – His wrath – which will fully satisfy His righteousness and answer the martyr’s cry (Rev. 6:9-11).

God will be proven absolutely just and holy in pouring out His wrath because of the sin/self-loving, Satan-worshipping souls who have persecuted His bride and actively tried to overthrow His rule (see Psalm 2). When this happens, His saints – His body/bride – will be worshipping Him because of His beauty and holiness reflected in His justice:

After these things I heard a loud voice of a great multitude in heaven, saying, “Alleluia! Salvation and glory and honor and power belong to the Lord our God! For true and righteous are His judgments, because He has judged the great harlot who corrupted the earth with her fornication; and He has avenged on her the blood of His servants shed by her.” Again they said, “Alleluia! Her smoke rises up forever and ever!” And the twenty-four elders and the four living creatures fell down and worshiped God who sat on the throne, saying, “Amen! Alleluia!” Then a voice came from the throne, saying, “Praise our God, all you His servants and those who fear Him, both small and great!” And I heard, as it were, the voice of a great multitude, as the sound of many waters and as the sound of mighty thunderings, saying, “Alleluia! For the Lord God Omnipotent reigns!” (Rev. 19:1-6)

In Egypt, the jealous wrath and judgment of God upon Pharaoh and his kingdom came because Pharaoh refused God when He demanded His people be loosed to worship Him. It has always been the same when the righteous judgments of God are released on the earth. His judgments and wrath are directly related to removing everything that hinders us, His bride, from experiencing Him, worshipping Him and being prepared to meet Him, face-to-face.

The Lord Will Not Overlook Unrepentant Sin and Evil

We are bound to thank God always for you, brethren, as it is fitting, because your faith grows exceedingly, and the love of every one of you all abounds toward each other, so that we ourselves boast of you among the churches of God for your patience and faith in all your persecutions and tribulations that you endure, which is manifest evidence of the righteous judgment of God, that you may be counted worthy of the kingdom of God, for which you also suffer; since it is a righteous thing with God to repay with tribulation those who trouble you, and to give you who are troubled rest with us when the Lord Jesus is revealed from heaven with His mighty angels, in flaming fire taking vengeance on those who do not know God, and on those who do not obey the gospel of our Lord Jesus Christ. These shall be punished with everlasting destruction from the presence of the Lord and from the glory of His power, when He comes, in that Day, to be glorified in His saints and to be admired among all those who believe, because our testimony among you was believed. (2 Thess. 1:3-10)

The apostle quotes the book of Enoch in this passage. In the days of evil, violence and unbridled immorality and perversion before the flood, Enoch was given a vision of the second coming of the Lord Jesus with His saints to purify and restore the earth just prior to His millennial reign. It is obvious that this speaks of the wrath of the Lamb being poured out on those who have willfully rejected His rule in their lives and in the earth.

Many think that because God is love and compassion Personified, He will overlook sin and evil. Because He IS love, His love as such requires relationship. Before He can have intimate relationship with anyone, sin must be dealt with. Sin can only be dealt with either through the wrath of God that was poured out on the Son who voluntarily suffered in our place, and surrendering to Him and trusting in His sacrifice for us, or the wrath of God being poured out on the one who has rejected the Son and His vicarious suffering.

He who believes in the Son has everlasting life; and he who does not believe the Son shall not see life, but the wrath of God abides on him. (John 3:36)

Even before they entered the promised land, the Lord warned Israel through Moses in the book of Deuteronomy that if they remained close to Him they would have blessings, protection and provision. If they chose the way of the satanically controlled nations around them, He would send judgment upon them as an act of love to drive them back to Himself. What boundless love even His judgment encases!  To those who truly belong to Him, wrath is a thing of the past, never to be known again. To those who have rejected Jesus as Lord and Savior, there is nothing else but the wrath of a holy God to be faced….

For the wrath of God is revealed from heaven against all ungodliness and unrighteousness of men, who suppress the truth in unrighteousness, because what may be known of God is manifest in them, for God has shown it to them. (Rom 1:18-19)

Or do you despise the riches of His goodness, forbearance, and longsuffering, not knowing that the goodness of God leads you to repentance? But in accordance with your hardness and your impenitent heart you are treasuring up for yourself wrath in the day of wrath and revelation of the righteous judgment of God, who “will render to each one according to his deeds”: eternal life to those who by patient continuance in doing good seek for glory, honor, and immortality; but to those who are self-seeking and do not obey the truth, but obey unrighteousness– indignation and wrath, tribulation and anguish, on every soul of man who does evil, of the Jew first and also of the Greek; but glory, honor, and peace to everyone who works what is good, to the Jew first and also to the Greek. For there is no partiality with God. (Rom 2:4-11)

Let no one deceive you with empty words, for because of these things the wrath of God comes upon the sons of disobedience. (Eph. 5:6)

Because of these things the wrath of God is coming upon the sons of disobedience…. (Col. 3:6)

But God demonstrates His own love toward us, in that while we were still sinners, Christ died for us. Much more then, having now been justified by His blood, we shall be saved from wrath through Him. (Rom. 5:8-9)

But let us who are of the day be sober, putting on the breastplate of faith and love, and as a helmet the hope of salvation. For God did not appoint us to wrath, but to obtain salvation through our Lord Jesus Christ…. (1 Thess. 5:8-9)